BEDFORD, Ohio — Benedictine led Friday night’s game for only 28 seconds. It was all they needed.

The fourth-seeded Bengals stormed back from an 18-point deficit to beat the fifth-seeded Brecksville-Broadview Heights Bees 41-38. Junior quarterback Ronnie Schultz was the hero with four total touchdowns, including the game-winning pass to Chris Gales.

The Bees (7-4) got off to a fast start, racing out to a 28-10 lead thanks to the arm of Joey Labas and the legs of Garret Kubitz. However, the Bengals began to grab momentum after a Hail Mary pass ended with an incredible catch by Akron commit Charles Rosser at the end of the first half, and the comeback was on. 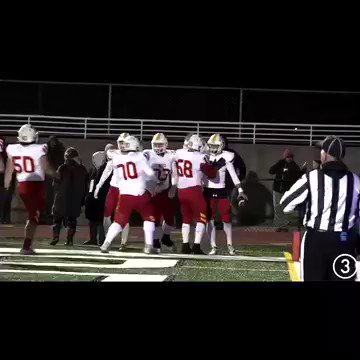 Also chatted with @BeneBengalsFB wide receiver Charles Rosser, who may have made the play of the year before halftime with an amazing touchdown catch in the 41-38 win over @bbhathletics. @wkyc #3HSSports 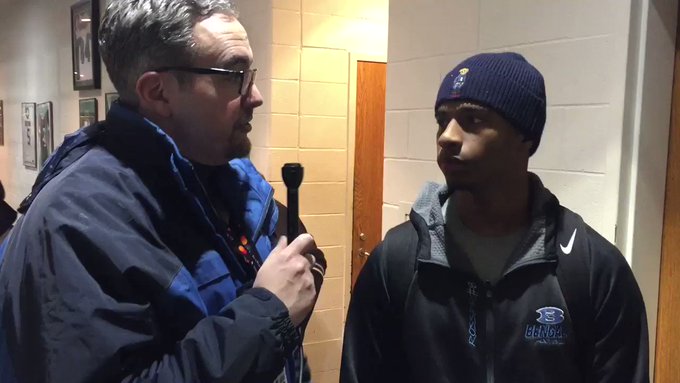 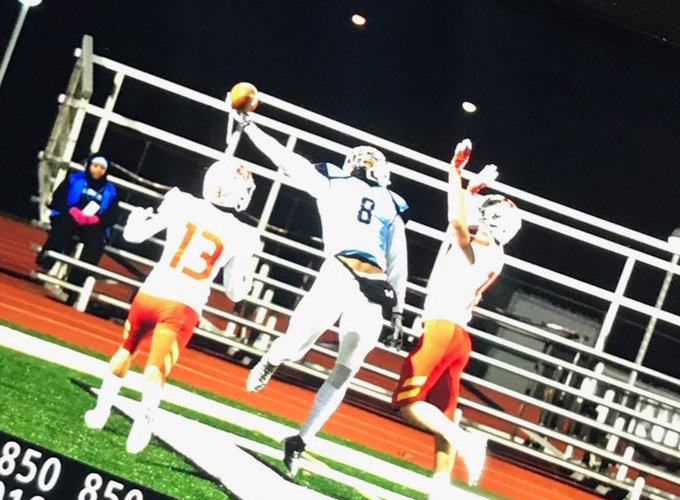 The Benedictine defense mostly held Brecksville after intermission, and a Jalen Edwards touchdown followed by an Ivan Shuran field goal cut the deficit to one. Ethan Hatcher was able to answer back with a 50-yard score, but the Bees only led by eight heading into the fourth.

After Rosser’s second TD grab made it 35-33 (the two-point conversion failed), Brecksville drove it all the way down to the Benedictine 1-yard line looking to put the game away. But the Bengal D stepped up and forced an Aidan Minnick field goal with just 3:47 left, and on the ensuing drive, Schultz led the offense on a methodical drive that included multiple third and fourth down conversions and even a fantastic QB keeper run following a dropped snap before Gales scored.

The Bees had a chance to answer, but fumbled on their final possession, and Schultz took a knee to end the game. It was an incredibly gutsy performance for the signal caller, who persevered despite looking banged up at times during the game.

Caught up with @BeneBengalsFB quarterback Ronnie Schultz after the Bengals’ remarkable 41-38 win over @bbhathletics. Benedictine moves on to face @avoneagles @wkyc #3HSSports 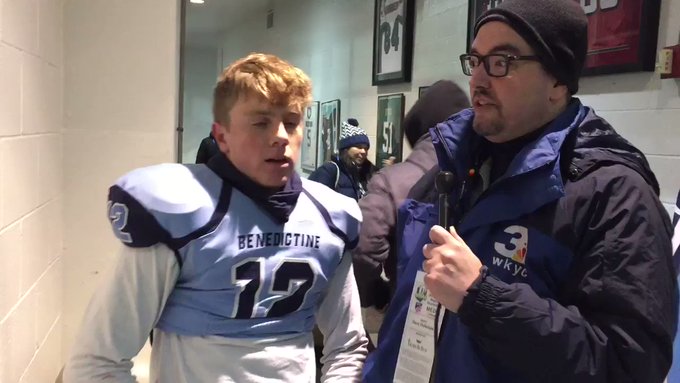